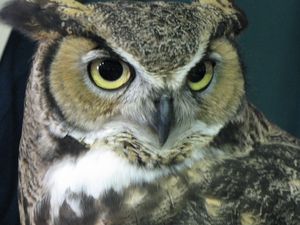 Everyone has found themselves in the dark, at one point or another, whether it be during childhood, due to a power outage, or just waking up in the middle of the night. Your eyes normally require a few minutes to adjust to the dark and then you can see again. This process, called ”dark adaptation,” allows us to adjust to the dark.

Many people don’t know that night vision relies on several physical, neural and biochemical mechanisms. How do our eyes operate in the dark? Let’s begin by having a closer look at the eye and its anatomy. Your eye uses two kinds of cells: cones and rods, which are found at the back of the eye; or, to be precise, on the retina. Together they form the sensory layer that enables the eye to see colors and light. The rod and cone cells exist throughout your entire retina, with the exception of the small area known as the fovea. This is made up of only cone cells, and its primary function involves focusing. What’s the functional difference between these two cell types? In short, details and colors we see are detected by the cones, while the rods are sensitive to light and detect movement.

Now that you know some background, let’s relate it to dark adaptation. If struggling to view something in the dark, you’ll be better off if you look at the area off to the side of it. If, on the other hand, you focus on the object itself, you’ll use the fovea, which is made up of cone cells that are less responsive in low light conditions.

Another part of the process is pupil dilation. It takes approximately one minute for the pupil to completely dilate but dark adaptation keeps improving over roughly a 30 minute time period.

You’ll experience dark adaptation if you go from a very bright area to a darker area for instance, walking inside after sitting in the sun. While your eyes require a few noticeable moments to adapt to the darker conditions, you’ll quickly be able to re-adapt upon your return to bright light, but if you return to the darker setting, your eyes will need time to re-adjust again.

This explains one reason behind why a lot people don’t like to drive at night. If you look right at the headlights of an approaching car, you are momentarily blinded, until you pass them and your eyes readjust to the night light. A helpful way to avoid this is to avoid looking right at headlights, and instead, use your peripheral vision in those situations.

There are several things that could be the cause of inability to see at night. These include diet-related vitamin deficiencies, cataracts, glaucoma, or some other visual obstruction. If you notice that you have problems with night vision, book an appointment with one of our eye care professionals who will be able to get to the root of the problem.